While the BJP has deployed its national leadership to campaign for a successive term, several top AAP leaders are making a beeline to the hill state to capture the space vacated by the Congress.

With the Assembly elections fast approaching in Himachal Pradesh, Congress, which is the principal opposition party, is yet to get its act together. Failure of the central leadership to participate in the poll campaign and take the state unit into confidence, and lack of funds have highlighted that the party could be heading towards a dismal performance in the ensuing polls. It took none other than the state unit president Pratibha Singh to point out what ails the party, especially in expressing displeasure with the central leadership.

On the other hand, senior leaders of both the BJP, which is trying to become the first party since 1985 to return to power in the state, and the Aam Aadmi Party (AAP), which is seeking to upstage the Congress – as it did in Delhi and Punjab before – have already visited the state and started their campaign.

AAP as an ‘alternative’

The announcements by AAP of providing 300 units of free power per month and free education may also appeal to the economically weaker sections in particular. In all, AAP has announced 10 guarantees for the people, including a Rs 1,000 per month pension for every woman, an unemployment allowance and a free pilgrimage scheme for the elderly.

Several party leaders, including national convener and Delhi chief minister Arvind Kejriwal, Delhi deputy chief minister Manish Sisodia and Punjab chief minister Bhagwant Mann have already visited the state and addressed rallies there. The party is also trying to woo the Punjabi and Sikh voters in the state by sending its leaders from Punjab there. 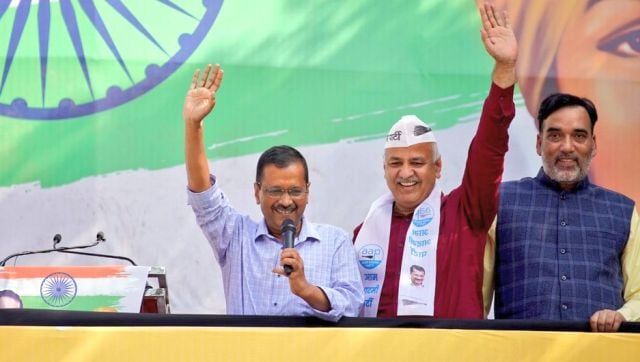 AAP to get >= 6 seats in Himachal Elections